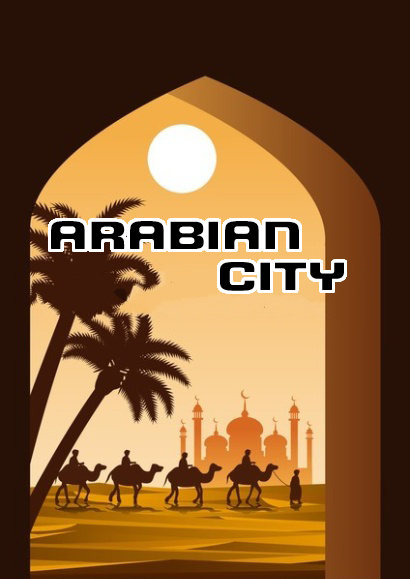 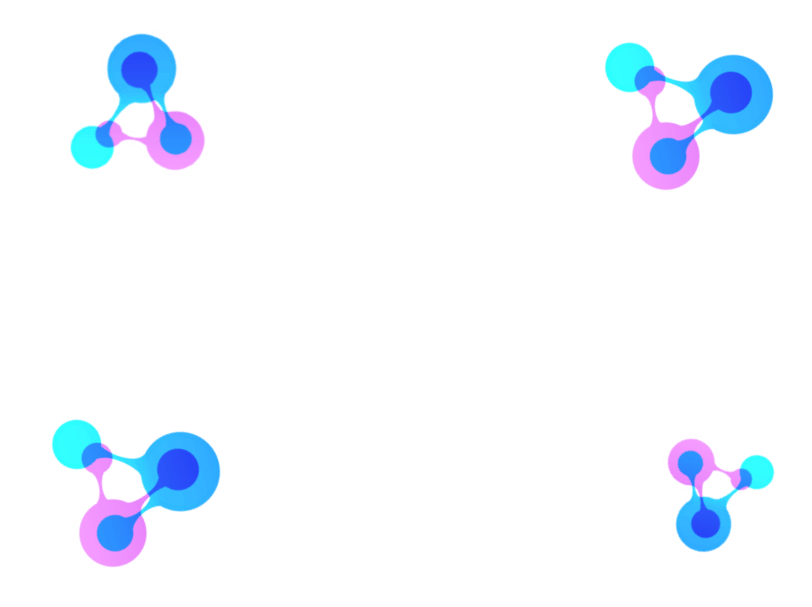 GET TO KNOW US

The Arabian City is a virtual world where players can build, own, and monetize their gaming experiences in the BSC blockchain using $ACITY, the platform’s utility token. Our vision is to offer a deeply immersive metaverse in which players will create virtual worlds and games collaboratively and without central authority. We are aiming to disrupt the existing game makers like Minecraft and Roblox by providing creators true ownership of their creations as non-fungible tokens (NFTs) and rewarding their participation with our utility token – $ACITY.

In the current game market, the centralized ownership and control of user-generated content limits creator rights and ownership. Central control over the trading of virtual goods created by players restricts them from generating fair value for their creations. Compounding this, it can be difficult to prove creative ownership of works, especially as content is copied, altered, and built upon. With The Arabian City, we aim to overcome these limitations while accelerating blockchain adoption to grow the blockchain gaming market. We will do this by building a voxel gaming platform where creators are able to craft, play, share, collect, and trade without central control, enjoying secure copyright ownership with the ability to earn cryptocurrency ($ACITY). This copyright ownership will be established and guaranteed through the use of NFTs, where every in-game item will have a unique and immutable blockchain identifier.

The Arabian City virtual world uses blockchain technology and NFTs to empower the players and creators. NFTs are an emerging segment in the global game market: virtual tokens for digital scarcity, security and authenticity. Each NFT is distinct or unique, it is indivisible and it is not interchangeable for another.

Through the use of NFTs, Arabian City users will be able to benefit from:

A. TRUE DIGITAL OWNERSHIP: Gamers are the true and perpetual owners of their digital items, even if the game was shut down or abandoned. With blockchain, every game item can be tokenized, allowing gamers to decide how they want to trade, sell, or gift their items.

B. SECURITY AND IMMUTABILITY: Digital game items can be easily tokenized and traded in primary and secondary markets that are managed and facilitated by blockchain technology. Items based on scarcity and demand usually invite fraud and theft, but these risks are minimised on blockchain because it is a distributed ledger.

C. TRADING: Blockchain-based gaming platforms can provide users with ultimate control over their digital assets. They can buy and sell items freely without concern that they will be ripped off or that a platform will close and cancel all the value of their in-game items.

D. CROSS-APPLICATION INTEROPERABILITY: Blockchain provides capacity for games to utilize shared assets. ASSETS, avatars, LANDS and any other game elements can be used in other games that allow it. These game items are no longer confined by a narrow digital ecosystem. The Arabian City metaverse uses several tokens to create a circular economy between all the profiles of users who will interact with its platform namely the players, creators, curators and LAND owners. These are the LANDS, ASSETS and Arabian City, a token based on the BEP20 protocol which will act as the official currency in the ecosystem when purchasing goods and services within the game marketplace.

What is Arabian City and what is it used for?

● Governance: Arabian City is a governance token that allows holders to participate in Governance decisions of the platform, using a DAO structure. They can exercise voting rights on key elements such as Foundation grant attributions to content and game creators and feature prioritisation on the platform Roadmap. Arabian City owners can vote themselves or delegate voting rights to other players of their choice.

● Staking: Arabian City allows for staking, which allows for passive revenues on LANDS: you get more Arabian City by staking it. This is also the only way to get valuable Gems and Catalysts, needed for ASSET creation.

● Foundation: The role of the Foundation is to support the ecosystem of The Arabian City, offering grants to incentivize high quality content & game production on the platform.

Mission: The Arabian City team’s mission is to build a system where creators will be able to craft, play, share, and trade without central control, enjoying secure copyright ownership with the ability to earn Arabian City.

The Arabian City team believes these innovations are important, for while the current market for voxel-based creation games already has 600,000,000 Creators and 180,000,000 MAUs, it suffers from four key problems that could hinder future growth if not addressed:

● The centralization of user-generated content in dominant titles such as Minecraft and Roblox limits creator rights and ownership;

● Central control over the trading of virtual goods created by players restricts players from generating fair value for their creations, limiting what they can or cannot sell and/or taking a significant portion of the sales revenue;

● Given the nature of voxel art, it can be difficult to prove creative ownership of works, especially as content is copied, altered and built upon;

● Existing game marketplaces are based on fiat currencies, which do not support true microtransactions and are vulnerable to credit card fraud that can unbalance in-game Economies.

At its core, The Arabian City is an ecosystem for Players and Creators, consisting of three main components: a Voxel Editor , a Marketplace, and the Game itself.

The Arabian City offers a unique way to create, assemble, and share 3D voxel models. We empower Creators with intuitive, powerful content creation tools. You can make your own 3D voxel objects, animate them, and publish/sell them in our worldwide marketplace. VoxEdit is our 3D tool that allows anyone to create or import their own voxel objects, work on them, and effortlessly export them to the marketplace where users can turn them into limited ERC-1155 tokens called ASSETS. ASSETS are virtual tokens for digital scarcity, security and authenticity.

They are unique/limited as well as distinct and indivisible.

Blockchain allows creators to have true ownership and thanks to this technology we, in our capacity as developers, can finally reward players for their time and the hard work they put into content creation, allowing them to monetize and freely trade their ASSETS.

Our ASSET smart contract allows content to become the new platform, creating a new paradigm. This is because they offer multiple uses and are not confined to a single game. This "second-layer programmability" gives any developer the power to bring a lasting and evergrowing value to the ASSETS, which can be shared cross-games, cross-platforms and crosschains.

The Marketplace is the trading environment for ASSETS, where they can be given away for free or sold to other PLAYERS.

The Game is the overall game system where playable experiences can be enjoyed and shared. In the Game, not only can creators profit from their creations, players can play-to-earn by collecting resources, rewards, and tokens.

The information in this White Paper is subject to change or update and should not be construed as a commitment, promise or guarantee by Arabian City or any other individual or organization mentioned in this white paper relating to the future availability of services related to the use of the tokens or to their future performance or value.

The document does not constitute an offer or solicitation to sell shares or securities. It does not constitute or form part of and should not be construed as any offer for sale or subscription of or any invitation to buy or subscribe for any securities not should it or any part of it form the basis of or be relied upon in any connection with any contract or commitment whatsoever. Arabian City expressly disclaims any and all responsibility for any direct or consequential loss or damage of any kind whatsoever arising directly or indirectly from reliance on any information contained in the white paper, any error, omission or inaccuracy in any such information or any action resulting therefrom.

This is not a recommendation to buy or financial advice, It is strictly informational. Do not trade or invest in any tokens, companies or entities based solely upon this information. Any investment involves substantial risks, including, but not limited to, pricing volatility, inadequate liquidity, and the potential complete loss of principal. Investors should conduct independent due diligence, with assistance from professional financial, legal and tax experts, on topics discussed in this document and develop a stand-alone judgment of the relevant markets prior to making any investment decision.

We have prepared all information herein from sources we believe to be accurate and reliable. However, such information is presented “as is,” without warranty of any kind – whether expressed or implied. All market prices, data and other information are not warranted as to completeness or accuracy, are based upon selected public market data, reflect prevailing conditions, and our view as of this date, all of which are accordingly subject to change without notice. The graphs, charts and other visual aids are provided for informational purposes only. None of these graphs, charts or visual aids can and of themselves be used to make investment decisions. No representation is made that these will assist any person in making investment decisions and no graph, chart or other visual aid can capture all factors and variables required in making such decisions.

The information contained in this document may include, or incorporate by reference, forwardlooking statements, which would include any statements that are not statements of historical fact. No representations or warranties are made as to the accuracy of such forward-looking Whitepaper Arabian City. www.arabiancity.com statements.

Any projections, forecasts and estimates contained in this document are necessarily speculative in nature and are based upon certain assumptions. These forwardlooking statements may turn out to be wrong and can be affected by inaccurate assumptions or by known or unknown risks, uncertainties and other factors, most of which are beyond control. It can be expected that some or all of such forward-looking assumptions will not materialize or will vary significantly from actual results.